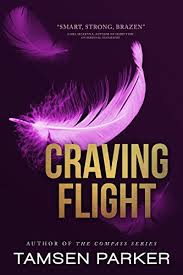 I am about a quarter of the way through the book and it all seems great: good storyline and solid writing. Even better, the Jewish stuff feels authentic 🙂

Here’s what the book description says:

Tzipporah Berger is thirty-seven and single, which is practically unheard of in the Orthodox Jewish community she now calls home. Her increasing religiosity and need for kink may have broken up her first marriage, but she’s decided it’s time to try again. And the rabbi’s wife has just the man in mind. 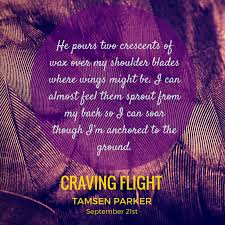 The book is currently FREE on Kindle and with a 4.5 star review average. I can’t see why you wouldn’t download it.

Two things have been happening recently in my life that have halted my writing: we have moved house and I have been sick for weeks. The latter has meant that the world of function beyond necessity has effectively stopped – so that we still have numerous unpacked boxes in the house and today is the first day that I have sat down to write anything creative in at least a month.

Being ill drains my creative energies but, as time progresses, does little to stop the  need to express them which builds like a swelling river at the walls of my mind. What exacerbates this situation is that I have been able to read and tweet and do all manner of low-intensity activities which, after a while, add to the pressure at the damn walls – because it is a constant reminder of what I am NOT doing.

It hasn’t helped that part of my reading has been going through The Indie Author Power Pack. It’s a fantastic resource which I thoroughly recommend for indie/self-publishing authors (I picked it up for 99c when it was first released, but it is still a bargain at $3.99). On the flip side, it has been causing me to go into conceptual over-drive about the things I need to be doing, how many different ideas I have and how exciting this whole writing adventure could be…if only I could do it!

My mind wants to sit and write but all my body wants to do stay horizontal in the warm embrace of bed covers.  This is where I start to feel sorry for myself – or go crazy…

But there is a bright side to all of this. Enforced rest and recuperation does give you time to stop and think about things in a quiet way. I won’t bore or frighten you with thoughts about my life (!) but I am happy to share that  so much time in bed has given me the conceptual space to reexamine some of the projects I have been working on. 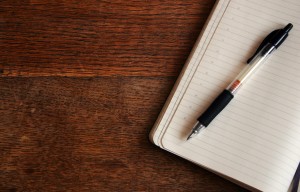 Let’s hope, that when my coughing quietens and my energy reserves return, the reward of waiting will be that Tamar will finally have her moment in the sunshine.

I like to make a bit of a deal about how I created my own literary sub-genre: ‘halachic erotica’ (halacha is the Hebrew term for Jewish law). It sounds indulgent – and perhaps it is – but I allow myself to dwell on it for a number of reasons:

1. It’s true. I really did make it up and I am proud of my creation – in a nachas rather than ga’avah kind of way. (In other words, I am proud in a parental pride kind of way rather than the ‘I’m so great, look at me’ way.)

2. Talking about the stories in literary terms works to distract the minds of people whose stunned expressions betray their confusion/horror at hearing what I write about. These expressions articulate the shock people feel when they learn that these sorts of stories exist – and then five seconds later, the sense of bemusement that they had never before heard of their existence (mention Jewrotica and you get much the same response). Often, it’s as if they are offended at the possibility that they’ve been left out of a communal circle of confidence. Explaining that I made up this outrageous form of Jewish fiction seems, somehow, to make everyone feel more comfortable about a world in which halachic erotica exists – and their place in this newly reconfigured reality.

3. It’s like putting a ribbon around a gift. Giving these stories, which I try to make beautiful, their own special genus seems appropriate. Just as I try to create something that is a pleasure to read, so too do I want to honour them -and the characters that emerge from them – by giving them a formal place in the world. This might seem trite, but it’s how I feel.

With few exceptions, the stories that I write are about the intimacy that exists between a Jewish woman and her husband. They are about the sacred sexual power that desire and love can have for couples. They are about longing, tenderness, passion and obsession – states of being that are common to couples of all creeds and colours, including religiously observant Jews.

When I started on this creative path the lighting was dim. I knew I wasn’t going to write about anything that conflicted with mainstream halacha and I guessed that a lot of the stories would involve frum types, but I didn’t know much more. It’s been a surprise that the stories that have come to life from my keyboard so far have focused exclusively on religiously observant Jews – although from a distance this seems an obvious outcome. I am curious to know how things will develop over time.

In the meantime, it is exciting to watch these little tales of lust unfold before me. They contain elements of the unexpected that surprise and delight me as their creator – and I hope there will be readers who share my pleasure in glimpsing briefly into the lives of these characters.

Really! It means you can’t hold on to the anticipation any longer: you don’t have that moment to look forward to – and there is a chance that everything could be downhill from here.

Although we live in hope.

I made the decision to publish my short story collection about four months ago. Once I realised this was an option, I became very (very!) excited – and not just because it offered a legitimate distraction from my novella, which had been causing me – and continues to cause me – confusion. It also provided an opportunity to do something with  stories that I was proud of, but which, until then, I had not really known what I should do with.

A woman with a mission, I edited and re-edited and then sent my edited stories to be beta-read by friends, family and colleagues. All this was completed within two months (about seven weeks ago). But then, inexplicably, the momentum stopped and my manuscript sat waiting. And it waited.

I chose my cover art two months ago. Time after time I  revisited the image bank to check that I liked the picture, to see if it still worked – I did and it did. But still, I did not buy it.

Then yom tov happened. So nothing else happened.

One of the amazing things about Tishrei is that after all the yammin tovim, I invariably feel like I need to make up for lost time. And no doubt I do. So, this week I finally began to appreciate that my short story collection was never going to exist in the world if I didn’t get it out there. I heard my own call to action.

Two nights ago I bought the cover art. I was exited (you like?).

Last night I emailed the image and instructions to a friend who is arranging for a designer to put together a cover (thank you!). It was a difficult email to write, but I am grateful for the enthusiastic response my friend sent me. My shoulders loosened and the thrill came back. Excitement.

Today, in an unexpectedly brave move, I sent my manuscript to an editor. Now it is real.

Delayed gratification is delicious. But delay too long and it gets moldy.

So this week Shosha Pearl, the writer of halachic Jewish erotica, started taking her project seriously again. I’ve popped the last chockie in my mouth and it is oozing delight all over.

I have just watched the official trailer for ‘Fifty Shades of Grey’ the movie. It left me feeling confused, but prompted me finally to write this post.

As I mentioned previously, it was only recently that I finally managed to read this book. In the world of publishing, ‘Fifty Shades of Grey’ is a big deal. According to my favourite source of information, Wikipedia (besides my husband, of course), the three-part series has sold more than 100 million copies and is the fastest selling paper back of all time. These stats are insanely impressive and a sign that the books’ author, EL James, tapped directly into mainstream consciousness. In other words, for a lot of people, she got it just right.

Christian Grey pursues, he singles out, he redefines himself because of the way he feels about Anastasia and, of course, he is a gorgeous, self-made billionaire. But it is all too much. The man is a unstoppable control freak; he is unrelenting and selfish, acting with little apparent thought for the welfare or well being of his romantic focus (Anastasia) unless it is in the context of how her harm could affect him.

Then there is the sex thing. Never have I read less exciting sex scenes. I was left so metaphorically flacid that I found myself skipping the sex bits because they were so boring – and that has NEVER happened to me before. NEVER. EVER. EVER. I just skipped them and read to the end of the novel, wondering how this train wreck of a relationship was going to be resolved. And frankly I was relieved with the way she concluded the story. It was the only thing that made sense.  And I will not be going back for more Christian Grey madness.

There are plenty of better qualified commentators who have talked about the abuse and bullying that lies at the heart of the relationship between Christian Grey and Anastasia Steele. I could not better what they have said, but their arguments raise concerning issues.   More worrying still, a recent article in the Independent suggests that women who read these books are more likely to be in abusive relationships. Dear G-d.

I understand the appeal of determined masculine pursuit; of strong, ‘manly’, driven men; of being singled out. I see the attraction of power, wealth and fame and I can see the erotic pull of powerlessness and vulnerability – but I don’t find abuse and excessive controlling attractive. Far from being attracted to the character of Christian Grey, I find him alarming. And I am disturbed that so many women have been drawn, indeed aroused, by a man with these personality traits. I am frightened by what it says about many relationships between men and women. But even more so, I am distressed about what it says about us as women. May HaShem protect us from ourselves.